The Trigaea 1.1 update is now available! New feature list below.

New Feature (Title System): There are now 26 unique titles you can get based on your fighting style, level, and ending. You can check out your current epithet any time in the stats screen as well as when you finish the game!

New Feature (Stats Screen): You can now get a granular breakdown of how many people you've killed from each faction, who you've spared, and other interesting information. (Note: If you are playing a game started prior to 1.1, some fields will be set to zero. This is because these things were not tracked prior to 1.1.) 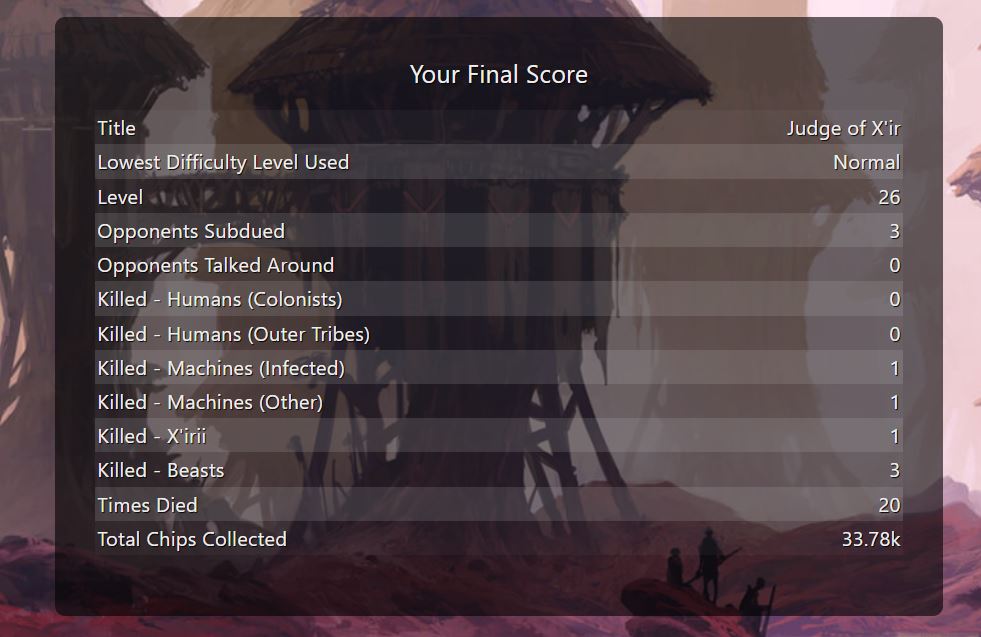 New Feature (Character Appearance): When you start a new game, you will be asked to set your appearance. You can also now check your current appearance (including what form you are in) from the appearance screen. Your human appearance may affect your other forms (E.g. If you've got green eyes, you'll have green X'irii markings). Note that for existing saves, a default hair and eye color will be set.

Special Attack (Rosetta): You can use your implant to fix infected machines (after you hit this plot point) for a lot of chips, but at a slight health cost. This and grenade attacks are now under a "Special..." menu.

End Game Quiz: You can share the ending you got and see what fate other people picked for Trigaea!

Expanded In-Game Lore: Two new entries have been added to the library about the world of Trigaea, and references have been made to the Rosetta implant and cognitive technology. Based on feedback, some of Gabriel's dialogue has also been refined. 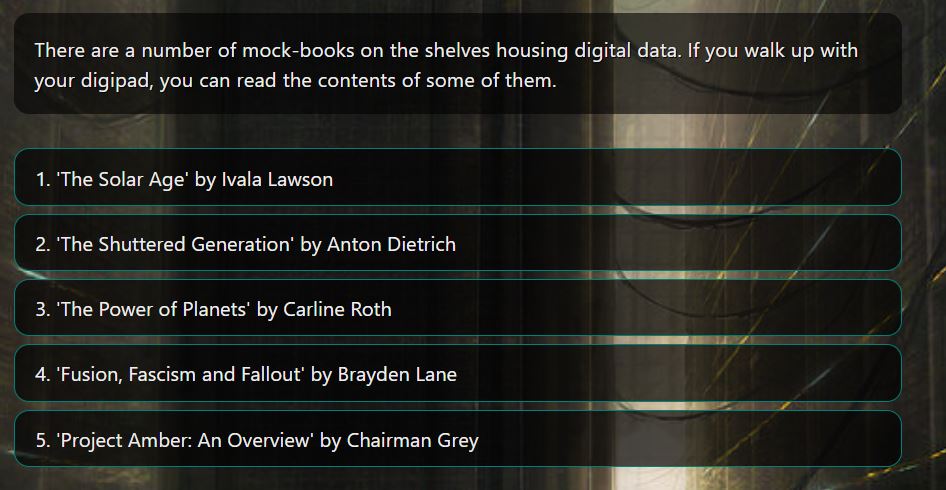 Splash Screen Change: After you finish the game, the splash screen will look different in New Game+ depending on the last ending you got.

Clearer Ending Choices: Before you pick a faction to side with in the late game, some of the high-level implications are flagged in a lore-friendly way.

Scaled Treasure Drops: Treasure you find when exploring has been better scaled to the area's difficulty and how far you have explored.

Tons of Bug Fixes: Thanks to people's feedback, a lot of bugs and spelling mistakes have been annihilated. Thanks for letting me know!